6 Reasons Your Kid’s Book Won’t Get a Review

Since 2013, I have read hundreds of self-published children’s picture books. Most of those books were entered in a competition I ran for five years called The Gittle List. I’ve also published 20 books of my own.

I have left good reviews for about 10-15% of the books I’ve read. I have no desire to hurt my fellow indie authors and won’t leave a review under four stars. Where possible, I give the author an honest assessment of their book. Most of the time it’s not appreciated. But, once in awhile, an author publishes a new edition based on my feedback. (Like Chase-Man: How My Brother Became a Real Superhero.)

Here are 6 reasons why I won’t leave a review for your children’s picture book.

I’ve learned several things since I started publishing my own children’s stories 6 years ago. Get a professional editor. If you’re not an artist, don’t illustrate your own book. Don’t be in a hurry to publish! Take the time to publish a great children’s book. 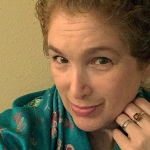 Aviva Gittle is a children’s book author. She is also a freelance writer on Upwork. If you would like her to read your children’s picture book, carefully and completely read this FAQ page. She will only post the review if she can honestly give your book at least 4 stars.