M.D. Spenser is the author of the popular 36-book Shivers series and a journalist. In his column, Story Craft, he will help you improve your writing by sharing his decades of knowledge on the craft of creating stories for children. (Learn more about M.D. Spenser here.)

If you want to be a children’s author, you’ve got to play fair. 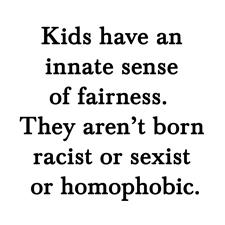 Kids have an innate sense of fairness.  They aren’t born racist or sexist or homophobic.  They love fat people as much as thin ones, old ones as much as young ones, plain ones as much as pretty ones.

Children won’t take to a story where fairness doesn’t win out. They want to believe the world is fair. And, as the world’s most vulnerable people – small, dependent, unable to fend for themselves – they need to believe that.

I’m not just making this up. A 2008 study in the journal Nature found that by age eight, children have a clear sense of what’s fair and what’s not. [1]

And in 2011, a study at the University of Washington tested 15-month-old babies to see if they cared about fairness. [2] Turns out they did. Watching videos of crackers being distributed unevenly surprised them. It wasn’t what they expected of life.

So, when you write for children, your protagonist must have a sense of fairness. He or she can have flaws. There might be skills she lacks, mistakes he makes, things she fails to understand.

But he or she has got to value fairness.

And your story has to end well. There can be ogres and meanies, bullies and witches, and scary moments where you don’t know who will win. But fairness must prevail. It’s got to come out right in the end.

Young adult fiction can end more ambiguously; adult fiction, still more. Life doesn’t always turn out right. But smaller children don’t need to know that yet. If you give them heroes who value fairness, they’ll love your stories. That just might solidify in them a love of fairness that endures throughout their lives.

And in that case, you’ve done us all a favor.

Next Column: Know Your Audience

Previous Column: I Got Rhythm

[1] 2008 study in the journal Nature on children and fairness